Cha Bai Xi, Tea Acrobatics, is a unique technique which uses paste tea as raw material, with a teaspoon, use clear water to make the tea soup change its pattern. It is different from the method of coffee flower drawing which uses different colors. Cha Bai Xi was first seen in the Tang Dynasty. In the Song Dynasty, it was highly praised by Huizong of the Song Dynasty, ministers of the imperial court, and literati. After the Yuan Dynasty, the tea powder drinking method and Cha Bai Xi gradually declined, but since the Qing Dynasty, there has been no detailed literature on Cha Bai Xi.

This ancient and precious cultural heritage was restored in 2009 by systematic research on Zhang Zhifeng, Wuyishan tea major. Since 2005, hundreds of experiments have been carried out in five years on the production, whisking and tea art techniques of round cake tea (also known as Yangao tea). Finally, in the spring of 2009, the tea dividing technique has been preliminarily restored, and the words and patterns on the surface of tea soup (suspension) can be changed with clear water. In ancient times, only Yangao tea (green tea) could be used to demonstrate Cha Bai Xi. At present, Yangao tea can be used to demonstrate tea division with black tea, yellow tea, white tea, oolong tea, black tea and other kinds of tea processed by Yangao tea technology, showing Chinese style landscape, flower and bird patterns and calligraphy characters. The time of pattern preservation has also been extended from the ancient instant to 2-6 hours. 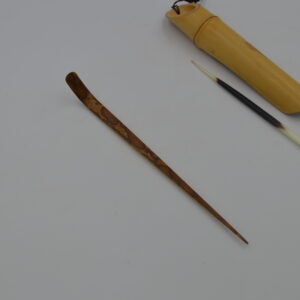