The crude cake tea in the Northern Song Dynasty was suitable for public drinking because it was easy to store and transport. If people pay tribute to the emperor, they should make dragon and Phoenix cake tea, also known as tribute tea. Dragon and Phoenix round cake refers to the round cake tea with dragon and phoenix patterns on its surface after steaming, pounding and patting the freshly picked tea and pressing it with a mold engraved with dragon and phoenix patterns. Therefore, each piece of round tea can reach hundreds of thousands of money. In the Song Dynasty, when making tea, it was more exquisite to pick tea, breaking tea with fingernails instead of fingers. Because the fingers are warm, the tea buds are not fresh and clean by sweat, and the nails can be quickly broken without rubbing. In order to avoid the damage of tea buds due to Yang Qi and sweat, when picking tea, each person carries a bucket of clean spring water. After the tea buds are picked, they are soaked in water. The picking standard is tea bud or one bud and one leaf.

The manufacturing process of tea cakes, according to Zhao ruli’s records of Beiyuan in the Song Dynasty, has six processes: steaming tea, squeezing tea, grinding tea, making tea, yellowing and baking tea. After the tea buds are picked and brought back,, soak them in water, select the even buds and leaves for steaming, wash them with cold water after steaming, then squeeze light to remove the water a little, squeeze harder to remove the tea juice a lot, put the rest in a tile basin, mix it with water and grind it fine, and then put it into the dragon and Phoenix molded cake and dry it. The whole production process is time-consuming and labor-consuming. Dragon and Phoenix cake tea can be divided into different sizes and is exquisitely made.

Big Dragon cake, eight cakes are half kilo. Ding Wei, who made tribute tea for the governor of Beiyuan, is a pioneer. Small dragon cake half kilo of 20 cakes was created by Cai Xiang, so there is a saying in history. Due to the high quality of tribute tea made by Ding and Cai, they made great progress, and Ding was appointed as the prime minister. Cai Xiang was promoted as a Hanlin bachelor and an envoy of the third division. It can be seen that people in the Song Dynasty wanted to be officials. In addition to the imperial examination, they could also make tea cakes, which promoted the custom of tea fighting. Many people plundered famous tea and paid tribute to get promoted and rich. Due to the high requirements for the production of these round cake tea, the art of Chinese tea making has reached the peak level.

The Mocha 抹茶, a kind of steamed green tea, was used in the Buddhist tea ceremony in the Southern Song Dynasty. At that time, the Jingshan tea banquet at Jingshan temple in Yuyao, Zhejiang Province was spread by the return of visiting Japanese monks, which inspired the rise of Japanese tea ceremony. So far, steamed green tea is still used in Japanese tea ceremony. The new process of steaming green tea retains more chlorophyll, protein, amino acids, aromatic substances and other inclusions. 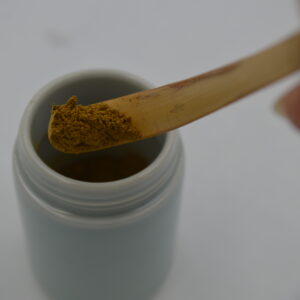