Guqin score was first recorded with words, that is, word score Wenzi pu (文字譜). Character notation is a kind of notation that describes fingering, string order and phoneme of Guqin. The only extant script in China is Jieshi Diao Youlan <碣石调幽兰> (Solitary Orchid in Stone Tablet Mode), which was handed down by Qiu Ming in the Liang Dynasty of the Six Dynasties, and the original script is a manual copy of the Tang Dynasty. Due to the complexity and inconvenient use of character notation, Cao Rou, a Qin master in the Tang Dynasty, developed into a reduced character notation Jianzi Pu (减字谱).

Reduced character notation was a great advancement for recording qin pieces. It was so successful that from the Ming dynasty onwards, a great many qin tablature collections) appeared, the most famous and useful being “Shenqi Mipu” <神奇秘譜>, the Mysterious and Marvellous Tablature compiled by Zhu Quan, the 17th son of the founder of the Ming dynasty. In the 1960s, Zha Fuxi discovered more than 130 qinpu that contain well over 3360 pieces of written music. Sadly, many qinpu compiled before the Ming dynasty are now lost, and many pieces have remained unplayed for hundreds of years. 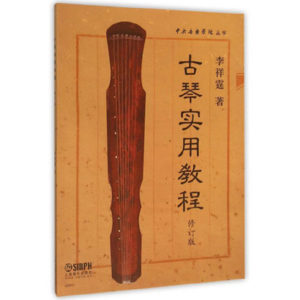