From the Tang Dynasty to the Song Dynasty, tribute tea rose, and the tribute tea Institute, namely the tea factory, was established to organize officials to study tea making technology, so as to promote the continuous reform of tea production. After repeated practice, steamed green tea was invented. That is, the fresh leaves of tea are steamed and crushed, the tea cakes are perforated and dried to remove the green grass smell. But it still has a bitter taste, so it greatly reduces the bitter taste of tea by washing fresh leaves, steaming green, pressing, removing juice and making cakes. The steamed green tea cake making in the Tang Dynasty has been gradually improved. Lu Yu’s the tea making of <Tea Classic>, that is, the complete production process of steamed green tea cake at this time is: steaming tea, breaking pieces, pounding tea, installing mold, pressing, molding, drying tea, perforation, baking, wearing and sealing tea.

As early as 1200 years ago in the Tang Dynasty, Lu Yu, the tea sage, made many investigations and studies in Guzhu mountain tea district of Changxing. He found that the tea was “fragrant and sweet, and it could be recommended in other places”. He also recorded it in the tea classic book as “purple leaf is the best quality, green is the second, shoot is the first, bud is the second”, named “purple bamboo shoots”, and recommended it to the emperor. Purple bamboo tea was listed as a tribute in the Guangde period of the Tang Dynasty (763-764). According to historical records such as the new book of the Tang Dynasty, the tribute tea of the Tang Dynasty was widely distributed. Guzhu purple bamboo tea is the most famous one, which is the best tribute tea. Because of its superior quality, Zisun tea was deeply loved by emperors. Tea Blog 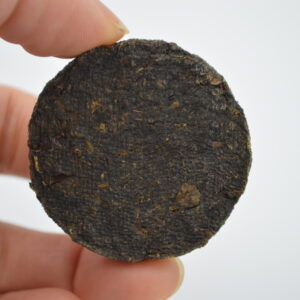