two pockets to store wallet and notebooks.
All Paintings are unique. The material is washable and 100% natural 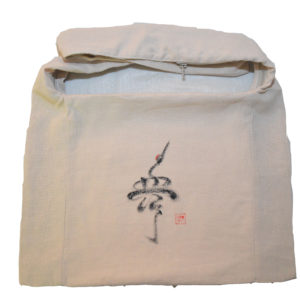 You're viewing: Longevity – Handwritten Calligraphy Bag
49,99 € In stockAdd to cart